Was descaling my coffee maker today using vinegar. Leaned over the top of it and maced myself. Gotta remember not to do that again. 🤣 ☕

Finally made it to “The Expanse” in my reading queue. I am just about finished with the first book and coming from the show, which I was already a huge fan of, I’m surprised with how closely the show followed the book. I’ve heard things diverge more in the later seasons tho. 📺 📚🚀 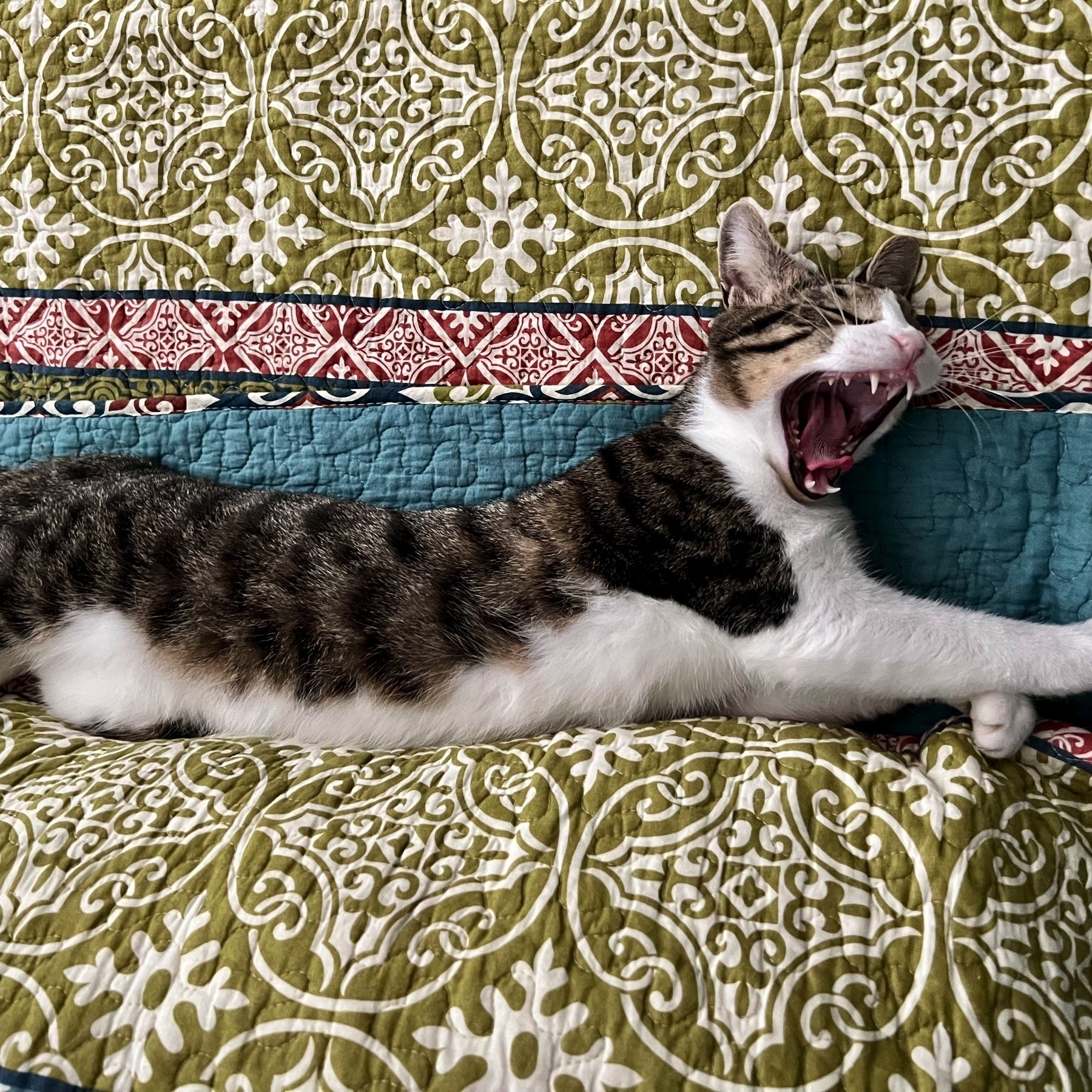 I was hoping “Strange New Worlds” wouldn’t have Pike “pulling a Kirk”, but S1E6, proved that wrong. At least it was a toned down version. Sad that this season is half over and miss the days of 20+ episode seasons. 🖖 📺

Hopefully the pushback on Apple including promos, commercials and interviews in Music playlists, will get them to reverse that decision.

Sad to read that Vangelis passed away. His music definitely influenced my interest in synths and music in general. 🎶

The last Android device I purchased was a Nexus 6p. It was the last of the Nexus line and marked a shift for how Google does devices. It was also the beginning of my “degoogling”. Anyhow, the 6p wasn’t a very good device and most of them started boot looping, mine had not yet experienced this, but Google was nice enough to send me a Pixel 1 replacement. I’ve had this mostly in a drawer as a backup device since then. Today I decided to wipe and replace Google Android with LineageOS. Lineage has great instructions and the process was mostly painless. Now I have a mostly Google free Android device(no gapps) and have been installing the apps I need from F-Droid. I also spun up Syncthing and used KDEConnect for some clipboard sharing to get things setup,. These are great tools for local cross platform file sharing and device control.

First episode of “Strange New Worlds” nailed it. The title sequence, theme music, plot, characters… all of it. This is good Star Trek. 🎥🖖

Excited to discover that we have both, Downy and Red-bellied woodpecker nests in our backyard.

Been a while since I hung out at the “Second State Coffee” downtown location. ☕️ 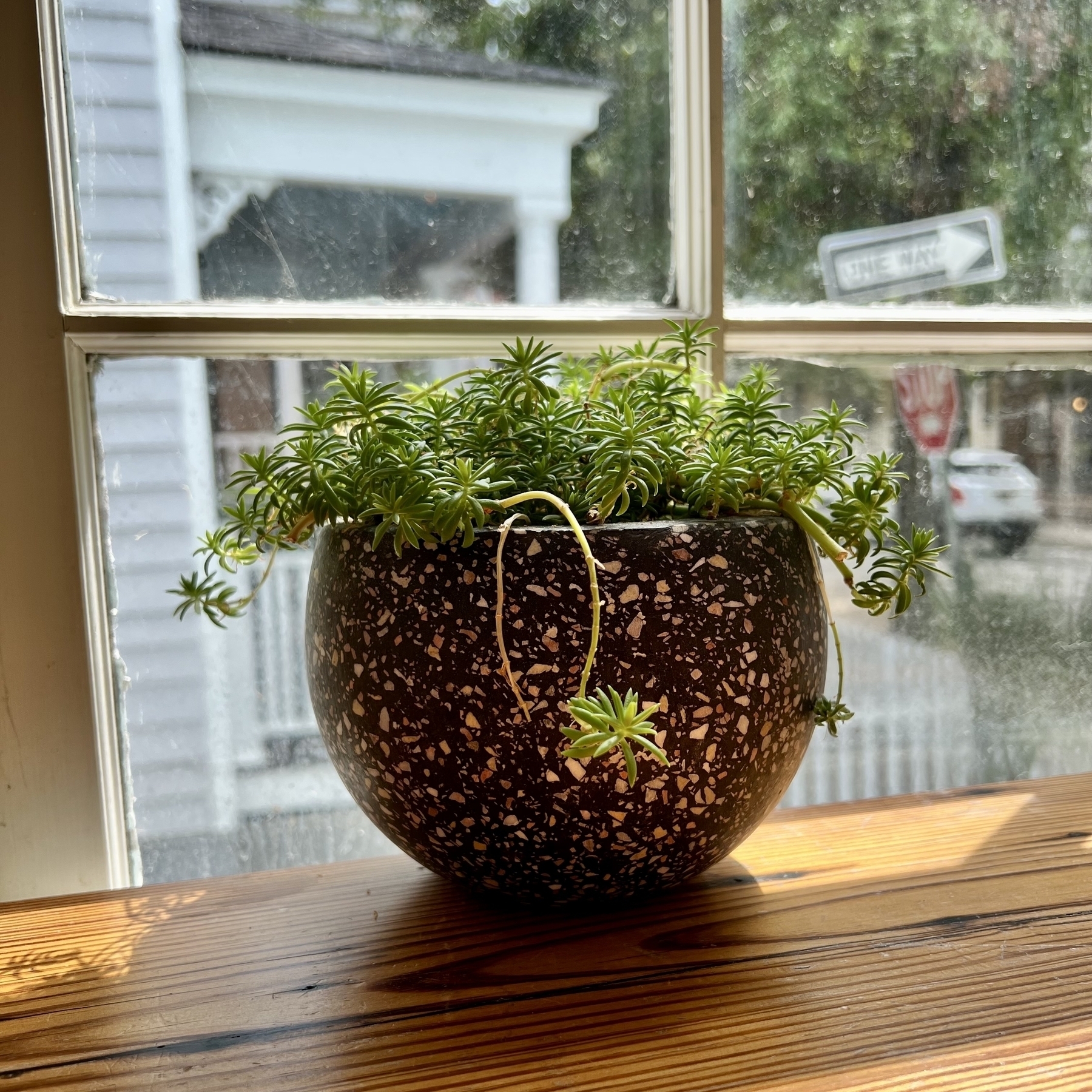 Nice to see solid official apps available now. Glad he explained why he choose to omit the local and federated timelines. blog.joinmastodon.org/2022/04/o…

Our Flame Azelea starting to bloom. 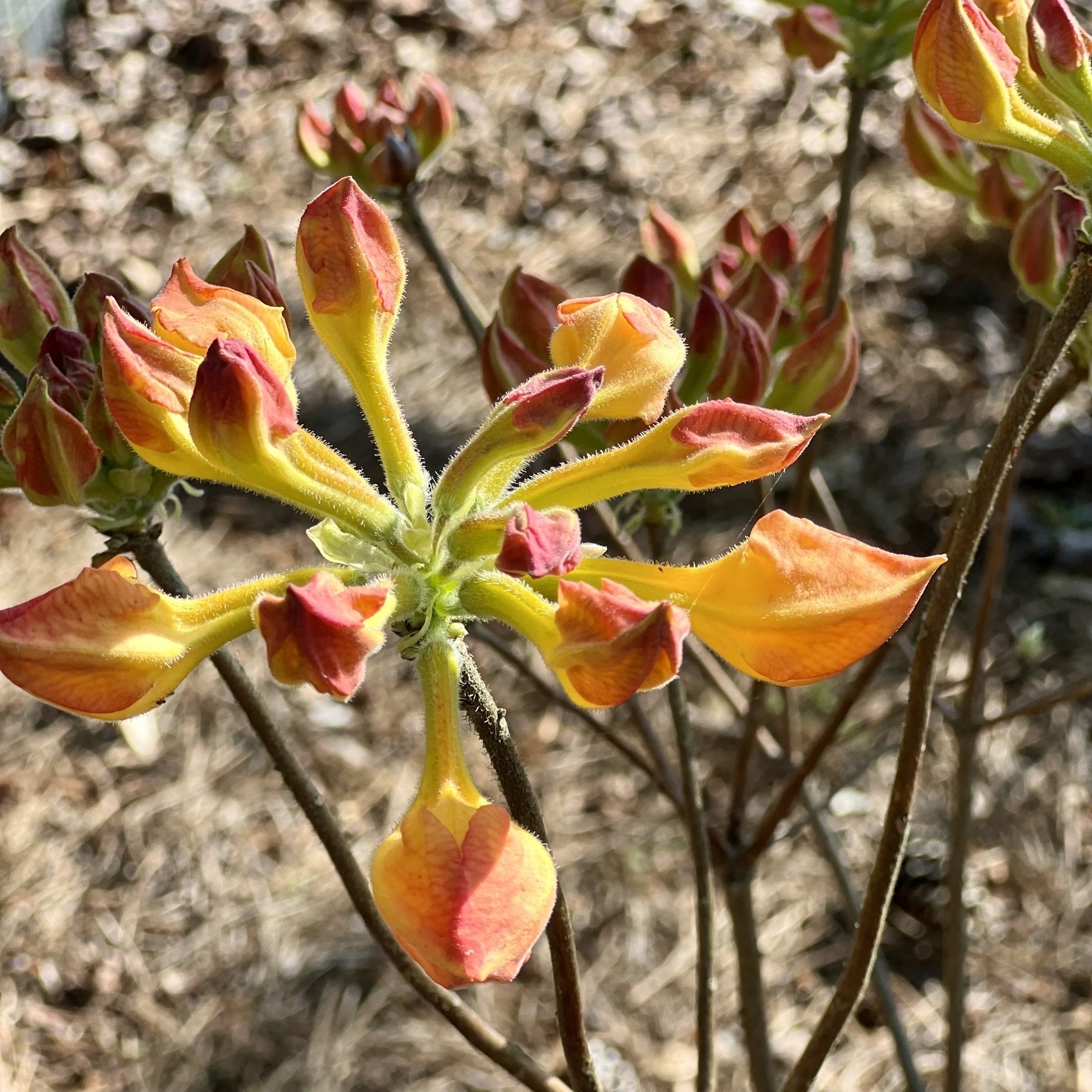 Recapturing your youth does not mean getting wasted all the time, it means having a regular bowel movement and sleeping like a normal person.

Our recent addition is very snuggly. 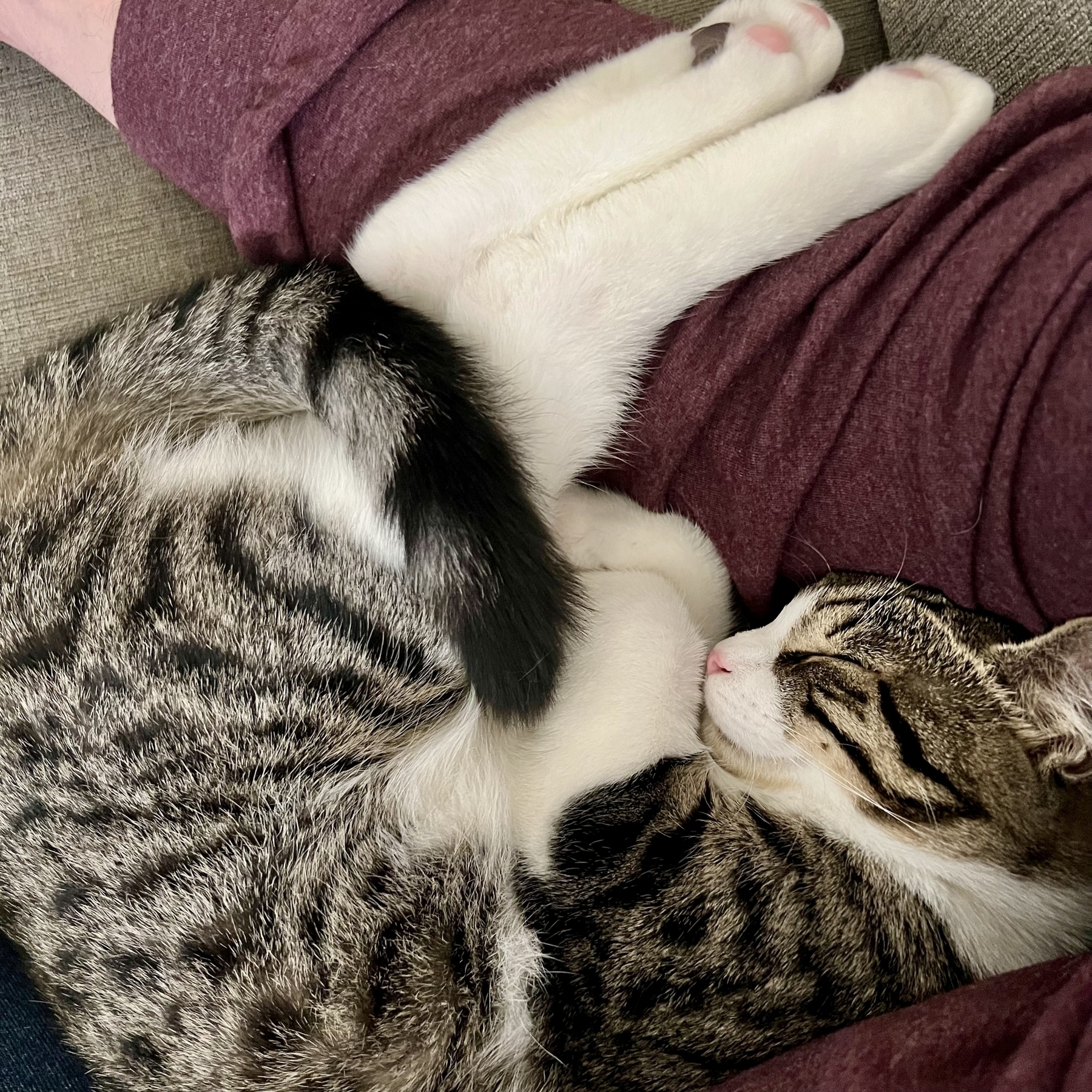 With the brew folks heading to web3 I guess it’s time to look at nix again.

Epic Games is buying Bandcamp. This is terrible news. www.theverge.com/2022/3/2/…

Probably time to mark Firefox as “done” and move on, blog.mozilla.org/en/mozill…

Had to enable my first “mute” on micro.blog today. Nothing egregious, but no time for that nonsense.

Grabbed the five year Write.as deal and had to do something with the ten blogs it gives you. Decided to dedicate one to our cats, meow.camp .

Wasn’t that impressed with spatial audio when Apple introduced it, but I recently revisited it with some newly released music. Blown away at how good it sounds now, both with AirPod’s and a surround system. Not sure if music is being correctly mixed for the format now, or Apple has improved things, or both.

Was out on my morning run this week when this little one walked out to ask for help. He has some eye issues and very underweight, but seems to be improving. Oliver, our dog, loves him but not sure what to do with him. Have been with Fastmail since 2004. Their service is and has been fantastic, but this will be my last month with the service. I have moved my email domain over to iCloud+ and it’s worked out to be… OK. The biggest missing feature for me with iCloud+ is robust server side rules. It has them but not near as flexible as what Fastmail provides. I can live with it tho and it’s worth the $40/year savings.

Picking up some plants yesterday and found this little one. 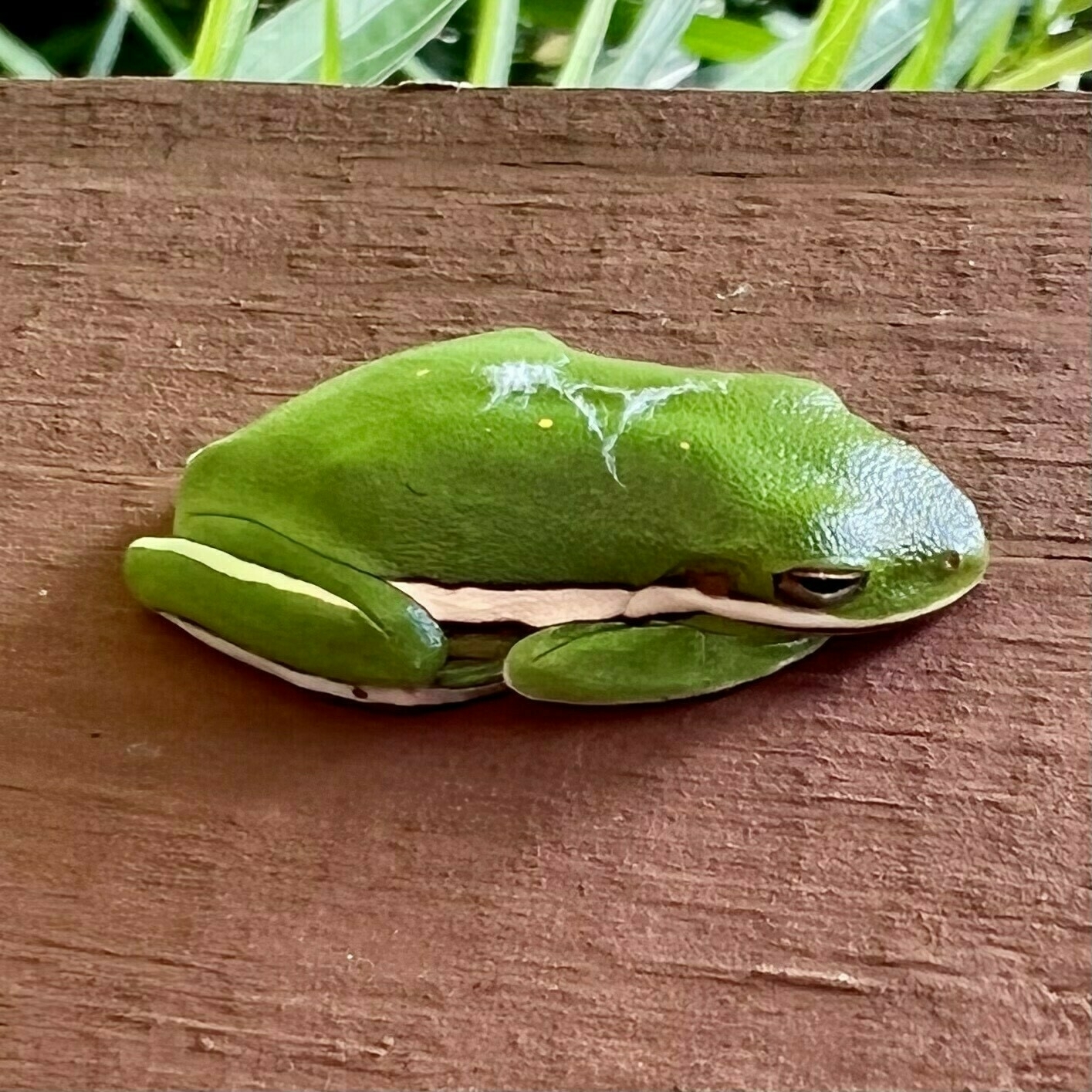 Anyone tried Mela? A delight to use and has me considering a switch from my current recipe/grocery app. Also not the first time I’ve wished we had a file format/standard for recipes, that these types of apps could use for import/export. Somehow a single developer can build beautiful and fuctional native apps for macOS/iOS and yet a well funded team like AgileBits needs to resort to non-native toolkits.